Published on 4th September 2020 by Lynn

He’s very proud of himself! This morning, he’s had freshly cooked chicken for breakfast, then a ceremony involved not one but two very special dog chews, during which he was Promoted! He’s now ”In Very Serious Big Charge of the Home and People”! It’s a tough job but he is the dog for it!

In his younger years, he was helped in this process by his very much old sister, Molly, whose title he now has – and he grew from being, “In Charge of Mischief” to “In Big Charge of the Steps””  – finally achieving, ”In Big Charge of Checking Downstairs after the People go to Bed””! Now, it’s all his – and he’ll be brilliant!

Like any proud parents, we’ve been ooing and aahing about how he’s grown, how cute he was as a puppy, all the naughty things he’s done – and how much he needs to have his hair brushed: but he’s not interested at all!

See, he has a JOB to do! And it’s VERY IMPORTANT! So now, our responsibilities are to make sure he is fed and watered; to explain to him where we are going and how long we’ll be and to tell him about the guests who are arriving and departing from holiday villas, so he’ll be able to keep check on us.

The fact that many of the villa holiday guests love him and come to our home to visit him, is great – but they’ll have to be checked in and out by him now! It’s all serious!

So happy this beautiful beast is healthy, happy  – and 7! And, what he doesn’t know yet, is that 4 of his favourite people in the world, are on their way to spend time with him! It’s going to be brilliant!

Book a holiday villa in Coral Bay or Peyia and I’ll get Barney to ”oversee the deal”’so he approves and you’ll be happy! (Maybe I should have a Barney T Rubble ”Seal of Approval ” made?).

Email to lynn@cyprusvillas.uk.com – with Barney sitting next to me , interested in every email! 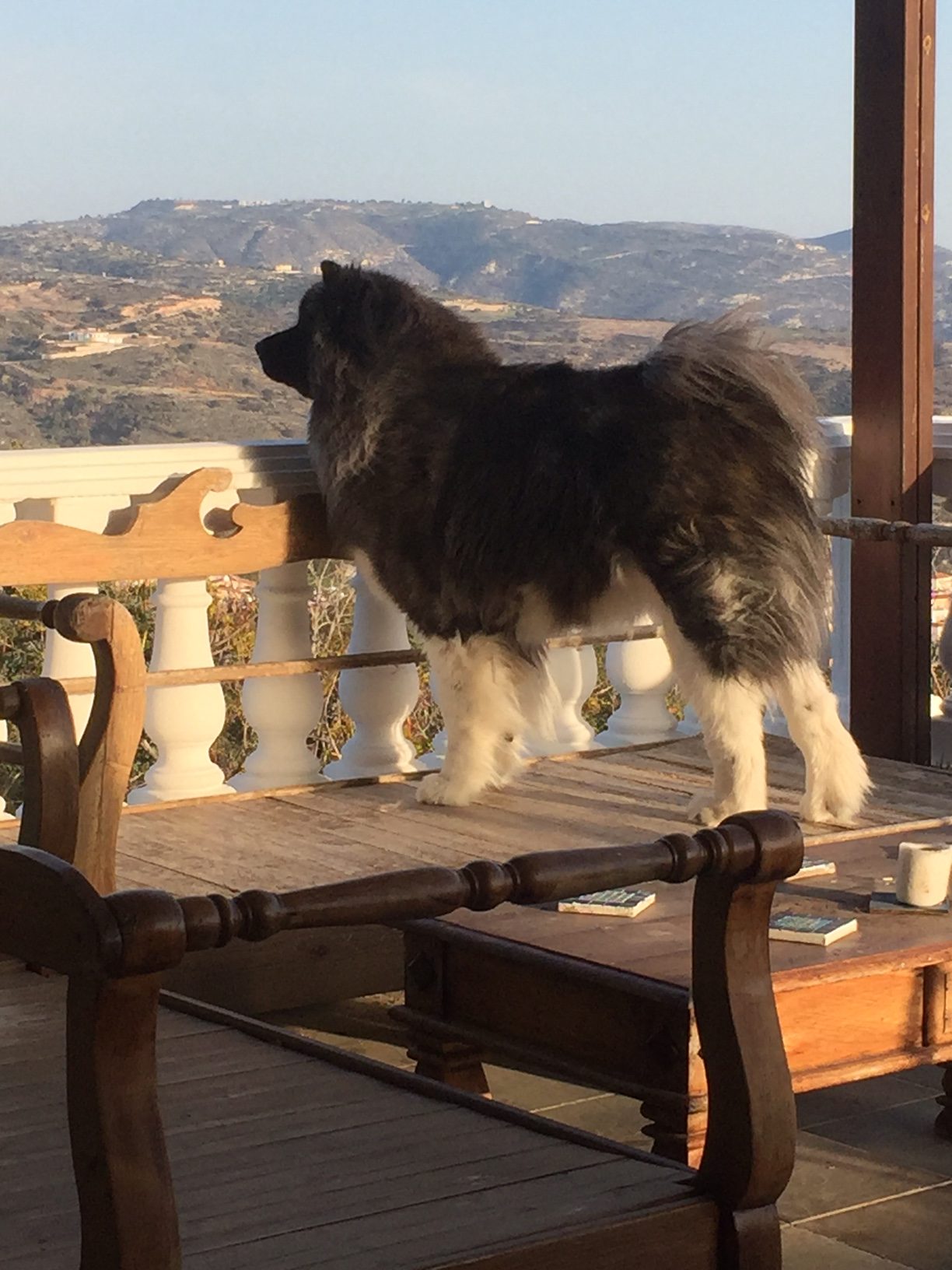