Published on 30th September 2020 by Lynn

You have to love the story in today’s press, about a group of parrots who’ve been introduced in a zoo in the UK – and they’ve started swearing at each other! While one of them knew a swear word, seems the others had a few tricks up their feathers too and they each shared their knowledge! Priceless.

Brought to mind two true stories: my Mum had friends who lived in the Cheddar Gorge and ran a caravan park. They had done this work for many years and had a parrot as their mascot in the reception area. Hitting the age of 70, this couple decided to holiday and leave the park – and the parrot – in the hands of their son in law, who was just out of the Navy. Returning to their home after 3 weeks away, they were shocked to learn the parrot had been learning from his ”charge” – and was telling everyone to F&&& off!

Tony and I travelled many years ago, into a national park in Borneo. We were accompanied by trackers who introduced us to monkeys, wildlife and minor birds. The latter were hilarious: a couple of birds who started their interaction by mimicking a phone ringing then started shouting at each other in an animated style.

We asked what was going on and basically, this couple of birds had been rescued from a home where the couple were always rowing! The birds were pretending to be the phone ringing, then arguing: ”It’s for you””. “”no, it’s not. It’s never for me.”” “”yes it is, I’m not waiting for a call”. “”Well its probably your girlfriend””…… and so it went on!

Goes to show, you’ve got to be careful what you say, how you say it and to whom!

That’s the way to do it! 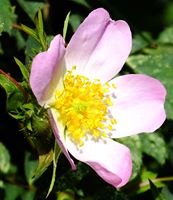