Published on 4th November 2020 by Lynn

It is SO lovely to have a happy, healthier Barney T Rubble back in the house!

He’s running around, wagging his tail and causing mayhem. Trying to watch the TV is difficult with him walking past you, on the way to one of his many toy boxes, to find a toy he wants to play with – or rather which he wants to throw at you.

He’s started to sit next to us again, waiting to be cuddled but he is SO tall, you cannot see past him to watch the TV!

Problems? Not at all. It’s an absolute pleasure to see. We’ve been so worried about him.

The only slight issue is trying to get him to part with his favourite toy, Ted, who now is so smelly from being cuddled and acting as ”comforter” to Barney, that he is seriously in need of being washed.

So todays plan is to separate Barney and Ted….. wish me luck! 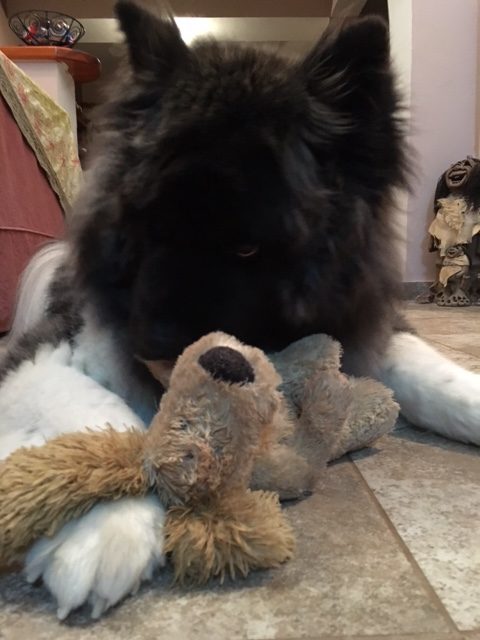